How to Get More Yelp Reviews(Top 5 Strategies) 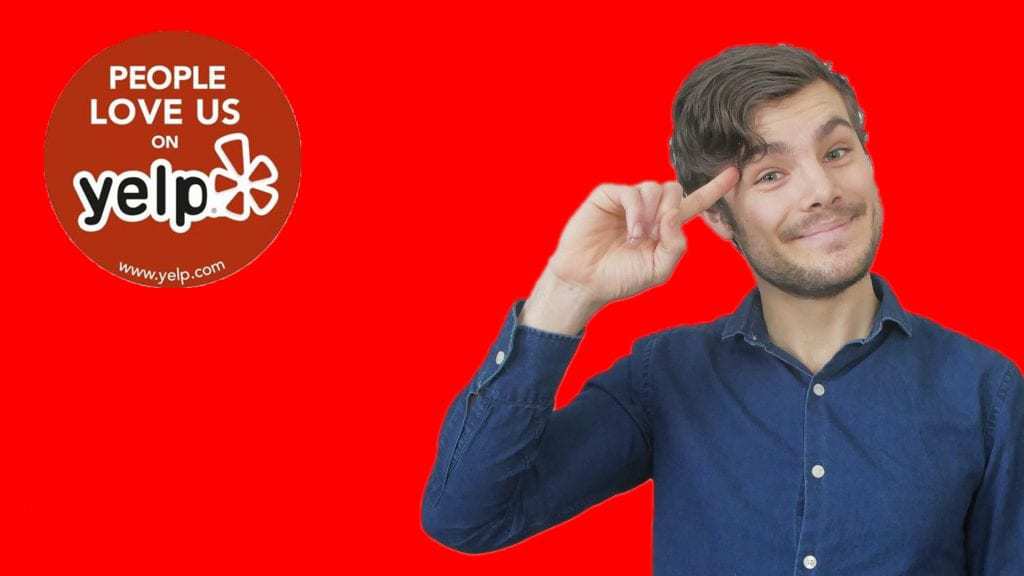 How can small businesses get more reviews on Yelp (and get more clients)?

Here are the top 5 strategies you can use to make sure your business gets more reviews.

Online review sites are incredibly important for small and local businesses. Yelp has over 178 million monthly active users and it’s one of the most popular review platforms.

Want to learn all about getting reviews on Yelp and some bonus tips not in the article? For the complete picture, watch the video AND read the article.

> Get a comparison of 20 marketing tactics (and a system to prioritize and score all of them).

> Learn 15 advanced tips to increase your productivity and save time

So, we’ve established that these online reviews are important toward success. There’s just one big problem:

“Businesses should not ask for or solicit reviews on Yelp, as it leads to deceptively biased content. This includes asking friends, family, or customers to write reviews; offering incentives or freebies in exchange for reviews; or working with companies that send review solicitation emails.”

Not only will Yelp remove the review, you may receive a search penalty ranking.

How do I know if a review has been removed?

The review will no longer show up in your reviews, and it will not be a part of your review score.

It will say “reviews that are not currently recommended”

We need reviews on Yelp to generate business, but we can’t ask our clients to ask us for reviews.

What’s an entrepreneur small business to do?

In this article, you will learn ways to avoid getting reviews removed or your account being penalized. You will also learn three easy-to-follow tips on how you can get more reviews on Yelp (while still playing by their rules).

What causes Yelp to mark reviews as “FAKE”?

Let me start with a small disclaimer: Yelp is famous for being VERY strict with flagging reviews.

I’ve personally had multiple reviews that have been rejected. I didn’t ask them to review me and they were from real customers. I’ve worked with a number of business owners who’ve had similar experiences. However, here’s what Yelp is more likely to flag as fake.

•Reviews that are one star or five star. A 3 or 4-star review is much less likely to get flagged.

•Reviews from a Yelp profile without a profile picture or without the profile filled out.

•If you go from very few reviews to a bunch of reviews all at once, this is going to look suspicious.

•Short reviews are much more likely to be filtered vs longer ones.

•The review is not supposed to be from a relative, so they may filter the review if it’s from someone with the same last name.

•If you do receive a favorable, make sure you respond to it and mark it as useful. It’s less likely they’ll hide it this way.

The million-dollar question…how can I get reviews if I can’t ask people to review me?

One of the first things you can do is put up Yelp signs: on your store and on your webpage

You can request a “Find us on Yelp” sign by visiting this link.

This way, people who visit your shop will be able to see you’re on Yelp and will be more likely to leave reviews.

If you have a lot of great reviews, you’ll receive a “people love us on Yelp” sticker. You need to qualify for this one. While you can’t apply for one, Yelp states “The People Love Us on Yelp window clings are sent in an automated direct mail batch twice a year to businesses that qualify for this program”.

If you are eligible, you’ll receive one and it’s definitely worth putting up.

Make feedback, referrals, and reviews a part of working with a client.

While you’re not supposed to solicit reviews directly for Yelp, you can request customers give honest feedback on any of our online review sites.

Yelp actually offers check-in discounts. You can offer a free appetizer or a discount to anyone who checks-in on Yelp. Check-ins to your business will help with your Yelp ranking, but you’ll also be more likely to receive reviews from people who have checked-in. Yelp will also be less likely to mark the review as fake if it’s from someone who’s checked-in. Yelp can also track your location. There’s restaurants that I’ve searched for, then visited (but never checked-in). Later on, it asked me to leave a review. That’s a clear signal that Yelp feels I’ve been there and wouldn’t flag that review.

Yelp can actually block negative fake reviews. It’s possible to get negative reviews from people who’ve never done business with you, and it’s nice if these are filtered out.

If a review is fake or filled with undeniable false information, you can request the comment be removed by following the process outlined HERE.

However, if an actual customer leaves a negative review, you generally don’t want to delete it.

The people on your Yelp page will not only be able to see the negative comment, but they’ll also be able to see your response. If you’re able to write a kind, professional response, people will see your business’ character. You may even win back that unhappy customer if you respond appropriately.

A Few Negative Reviews…Can Be a Good Thing?

Studies have found that people tend to give more trust to businesses that have a high star rating…but not 5 out of 5 stars. If every single review is 5 stars, this gives the impression that all the reviews were solicited by the business owner. It’s a little TOO perfect. There has to be something that a reviewer would complain about. People tend to want to read both some of the positive and negative feedback about a business. Don’t be terrified of negative reviews, a few every so often could HELP your business, not hurt it.

Conclusion: You now know a over a dozen tips and strategies to get more reviews on Yelp.

We’ve covered how to increase your likelihood of getting Yelp reviews. We know a number of the factors that can get a review flagged as fake by Yelp. We’ve also covered how to report fake reviews and why a few negative reviews are nothing to worry about. Which strategy are you going to implement first: signs or asking for feedback? What’s caused your reviews in the past to be marked as spam?

If you would like to learn more about how to create a powerful Marketing strategy watch this video. You will get a proven system that you can execute immediately.

Or feel free to take a look at my my marketing tips from over 40 books.

Or, if you really want to create a powerful foundation (with step by step instructions on building out your Yelp Account and gaining a flood of reviews) take a look at the 14-Day Marketing Foundation Challenge

Please log in again. The login page will open in a new tab. After logging in you can close it and return to this page.